"Am I More German or Lithuanian?" 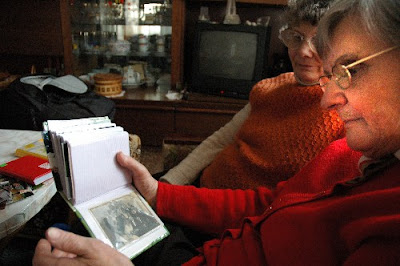 OLD DAYS: Erika Sauerbaum-Kaziuriene was lucky and rescued some of the photos from her childhood. She remembers all the years, places and people on the pictures, without having a second thought.


Erika Sauerbaum-Kaziuriene is one of the oldest living German Wolf Children in Lithuania. She feels caught between two worlds.
JONAVA, LITHUANIA - Erika Sauerbaum-Kaziuriene closes the album, and puts it on the coffee table together with her written memoirs and the latest issue of Ostpreussenblatt, the East Prussia Magazine.
For her, Kaliningrad is still a German town – her hometown – even though it is not anymore. Consistently she uses the German names of the city, Königsberg, and calls the now Russian province of Kaliningrad East Prussia.

Unlike many other Wolf Children, she always knew she was German, that she was Erika Sauerbaum. 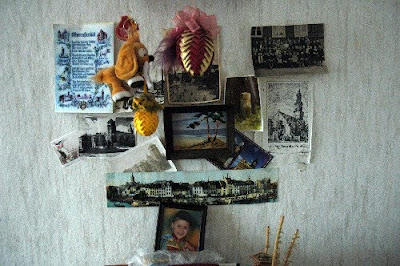 ALTAR OF RELICS: Memories from a lost country. The East-Prussia hymn, pictures from the old city of Königsberg and a school photo decorates the wall. Underneath is a photo of her grandson.

Still, she feels most Lithuanian, because she has lived here all her life. But for the Lithuanians she will always be a German. Her German background is especially visible because she speaks Lithuanian with a German accent.

But in Germany she will also be a foreigner. She has lived most of her life in Lithuania, and has a Lithuanian passport. Some Germans also thinks she speaks un-normal. 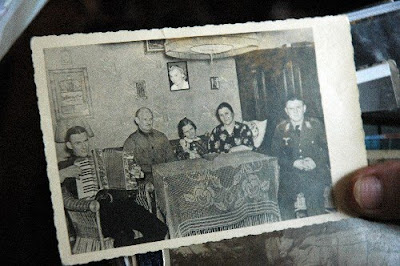 STILL SAFE: Erika holding her doll, surrounded by her parents, her brother and an uncle in 1939.

Nevertheless, when in Lithuania she dreams about Germany, but when in Germany she misses Lithuania.

She has the possibility to change her citizenship and move to Germany, but refuses that.

“What should I do there? I don’t have many belongings, but what I have is here. I have my little apartment and my family here in Lithuania. I will spend my last years here.”

Then she recalls an old saying:

“You don’t re-plant old trees. They die when the time is ready”. 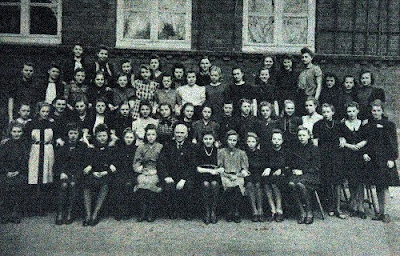